This is going to be a long post with 22 photos. If you don't have the time to read the lot, here are the following things that need cleaning up on the ANZAC Bridge:

There is a rotunda of some sort at the city end of the ANZAC Bridge. It's full of rubbish, and has some minor graffiti. The interesting thing is that security guards are often posted on the pedestrian path across the bridge, and they patrol past this spot, and there are numerous security cameras on the bridge. Why have none of the security guards, or those monitoring the CCTV, bothered to report any of this? How good is the security system on the bridge if people can spray graffiti and get away with it?


A close up of some of the rubbish.


Rather ironic if you ask me - a sign stating that the bridge is monitored 24 hours a day, covered in graffiti. 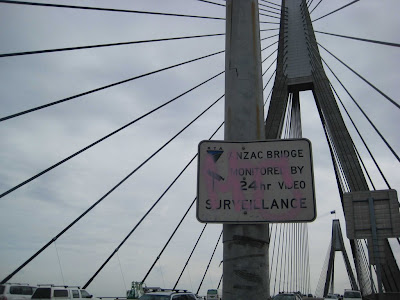 This sign is a ridiculous height above the deck - no one looks up that far when they are walking or cycling. I doubt more than 1% of the regular pedestrians and cyclists crossing the bridge each day have ever noticed this sign. Whoever put this sign up has taken the lazy option and bolted it onto an existing structure instead of putting up a pole at the correct height to carry the sign. 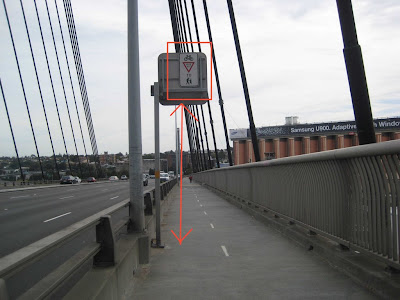 Graffiti on the Balmain end of the approaches. 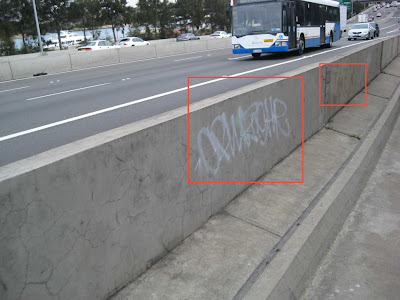 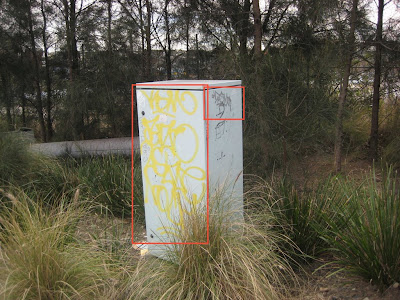 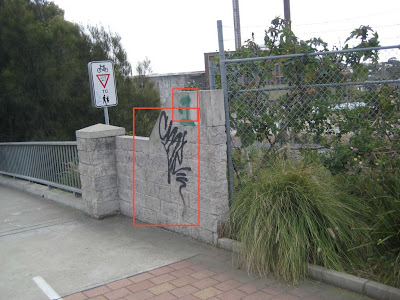 Fences and railings like this are often tagged, but the clean up crews from the RTA rarely get rid of them. 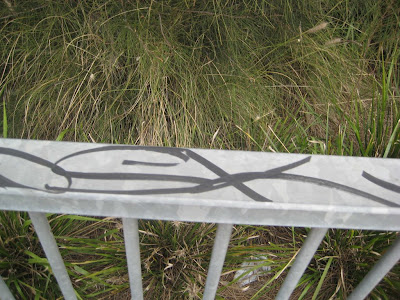 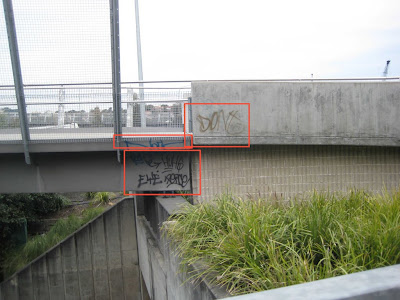 According to an informative sign at the rotunda on the CBD side of the bridge, up to 100,000 vehicles go past this spot every day. What a delightful thing for them to look at. 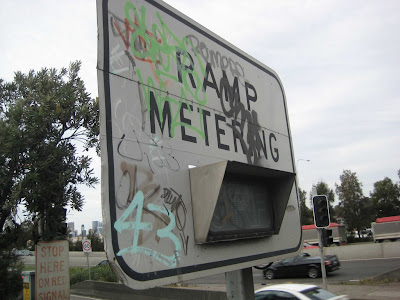 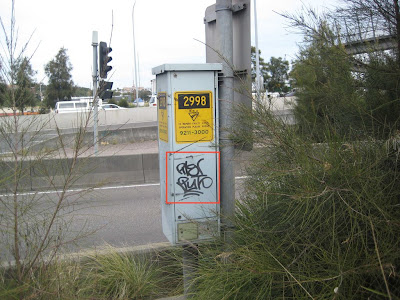 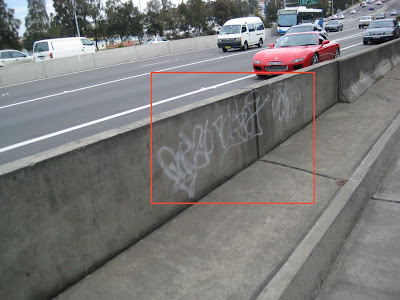 It's hardly visible in this photo, but there is graffiti on the wall of this road tunnel. I wasn't going to walk down there and photograph it! You'll just have to drive past if you want to see it. 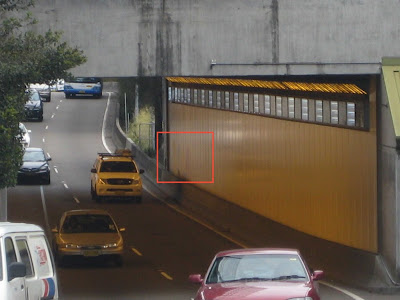 This tree probably needs trimming in order to make this sign properly visible again from the road. 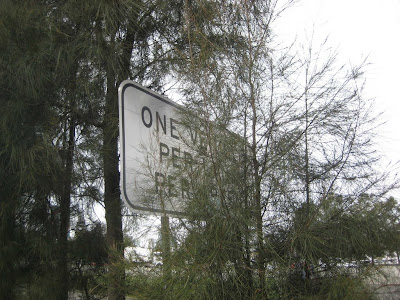 Graffiti under the pedestrian bridge over Balmain Rd. 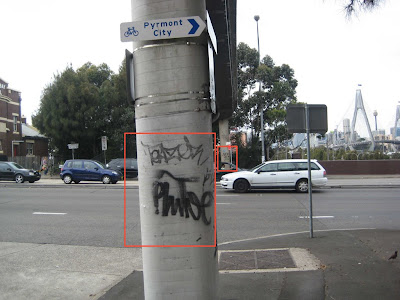 Graffiti on the new pedestrian bridge over the City West Link(?) 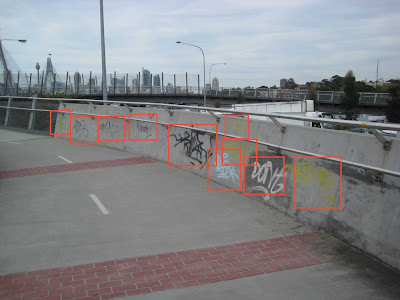 This really irks me. This is the back of a directional sign that is changed each morning to control the lanes at the end of Victoria Road. It is changed once before the peak period, and again at the end of the peak. I have put a box around the padlock that keeps the sign in the correct position.

Someone has to walk up here twice a day to change this sign, which means they walk past a reasonable amount of the graffiti that I have just shown. Have they ever taken any interest in reporting any of it?

The old White Bay power station, showing broken windows. A derelict site like this seems to act as a magnet for graffiti to the entire precinct. 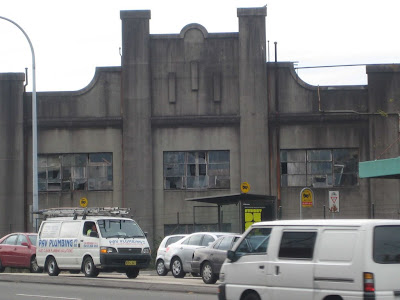 I've reported all of this via the RTA website "contact us" section.  When I am working in town, I go over the ANZAC Bridge twice a day, so I'll have a good idea of when they start working on it.
Update - I got an email from the RTA at 9.54am on Monday 25 August to say that my email has been forwarded to the appropriate department for their attention.
Posted by Not Somebody Else's Problem at 11:03 PM