I went past Campbell Park on the 5th of August, reported graffiti a few days later and revisited today to see how things were going. 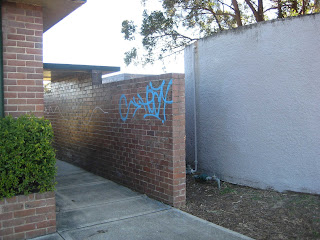 The water tank and grey structure on the left have both been repainted, removing some of the graffiti.  However, the harder to remove stuff on the brickwork was left behind, and some more tags have been added since I visited just 10 days ago.  Just goes to show how quickly graffiti can grow and multiply if it is not hit quickly. 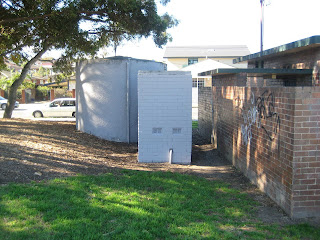 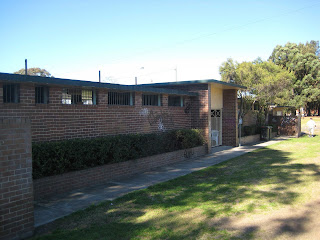 This ground is used a lot by the Abbotsford Junior Football Club, so I'm going to email the President of the club and ask him to ensure that any graffiti that appears in the future gets reported to Council.  I want the club to take ownership of the problem, and not treat it as somebody else's problem, and wishfully think that the graffiti will magically take care of itself.
Update.
I got a quick response from the President of the Football Club.  He said that the football season is over for them, so they aren't using the park anymore this year.  However, club members have not only reported graffiti in the past, they've organised working parties to clean it off when the Council is too busy to do it.
What an excellent state of mind that club has.
I'll have to see which cricket club uses the oval over summer and see if they have the same attitude to taking care of the facilities which are provided for their benefit.
Posted by Not Somebody Else's Problem at 10:19 PM